If your ancestor left the US military before his  Civil War term was up, he likely was charged with desertion. Some deserters later appealed this charge, particularly as pension laws became more liberal and would qualify him for a pension–if he had not deserted. Even if their appeal to change their discharge was denied, information contained in the file may provide additional details about your ancestor and his life during the Civil War and after.

These records are at the National Archives. 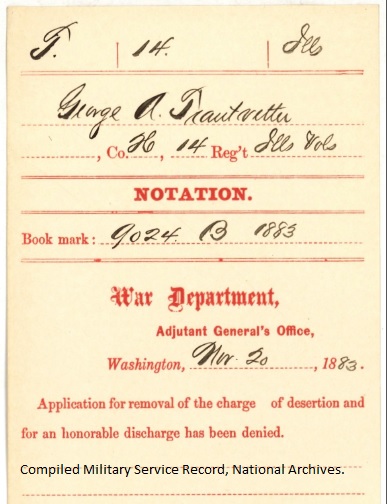 A big thanks to GenealogyBank for being our sponsor! Please check out their August offer for Tip of the Day readers, fans, and followers.