Could an old road atlas give you a little insight into your ancestor’s life?
Most of my forebears lived in rural areas where paved roads were not common until the 20th century was well on its way to being over. My one grandmother was the exception–her family’s farm was located on the highway running east of Carthage, Illinois. This 1924 Illinois state road map indicated that there was a section of that highway (route 136 today) that was not paved. While the map is not precise enough to where determine where her family’s house was at it’s possible that they lived along that little section that was unpaved in 1924. 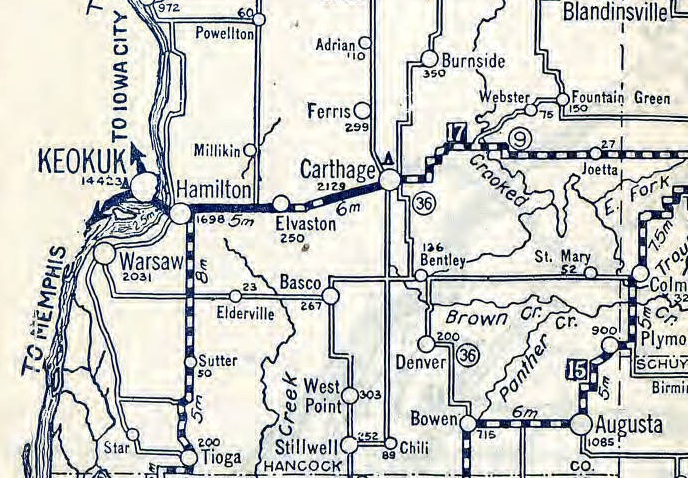