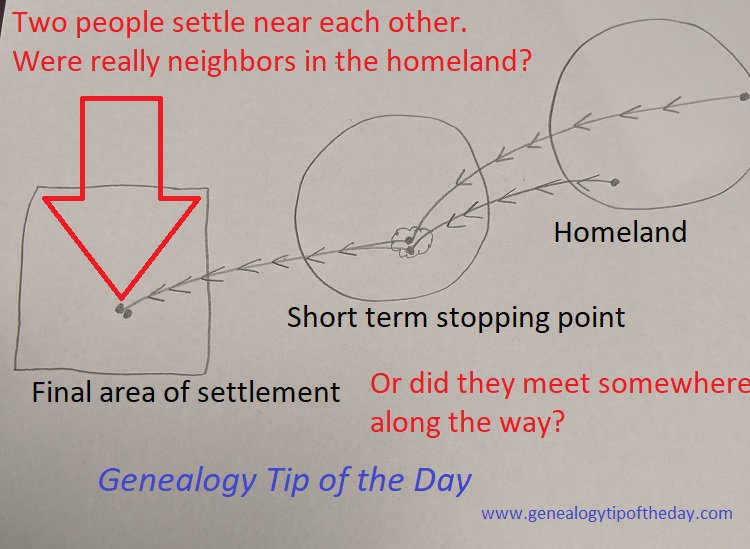 One research approach to tracking immigrant origins is to look at their neighbors where they settled. If the ancestor’s origin can’t be discovered, locating their neighbor’s homeland “across the pond” may help determine where they were from. It’s a good approach–but sometimes it may not work.

Sometimes people made a pit stop along the way.