Some general things to remember about naturalizations in the United States: 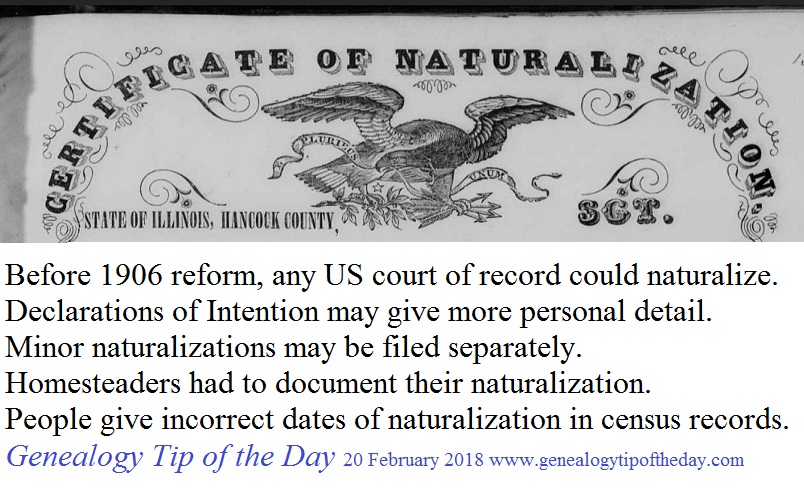 When I was a small and fell and got hurt or there was something that I needed to tell my mother, she would often ask me “what hamp?”

That’s a good question to ask about our ancestors as well–although we may end up knowing less about the situation than my mother did after she heard my explanation.

My great-grandfather lost two farms to foreclosures between 1898 and 1910. For the next fifteen or so years he and the family moved from one rental farm to another. Then in the mid-1920s he “settled” and purchased a farm that remains in the family until this day. I did not give it much thought until I looked through the estate settlement for his father who died in 1916. It took over ten years for the farm to sell, but there was a substantial settlement for each child. That’s where great-grandfather got his 1920 era down payment.

Another ancestor remained in Indiana (long after all her children moved further west) until the mid-1860s. That corresponded with her husband’s death in 1864.

I can’t be entirely certain the events are tied to each other–after all I was not there and there’s no written documentation left behind.

Remember that virtually no event happens in complete isolation of other events. You may never figure out exactly “why” a family purchased a farm when they did, moved when they did, or left the church when they did and you should not state that you know when you don’t.

But looking to see…that may get you new information.

And that’s often what research is about.

I was writing a blog post about a relative and was certain he was never listed with his actual given name of James in any record.

He was listed as James in a handful of early records–just not ones after he became an adult.

It’s not just memory that can be wrong. Double check those assumptions you have about history before you post or share them as well–ask yourself “how do I know that? “Do some research and find out.

Sometimes when I do that I realize that I am right. Sometimes I realize I am wrong.

But I usually learn something and my research is better for it. 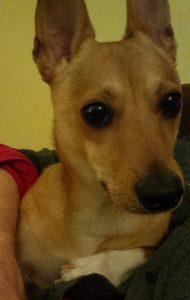 Walking me for a little while may be the best brick wall breaker there is. And….it will be less time cleaning up messes.

Depending upon which genealogist you ask there are either brick walls or there are not.

Sometimes you get to a “stuck place” in your research and what it’s called doesn’t really matter. There are several ways to try and get around those places, including:

There are other approaches, but starting with this list is a good place to begin. And…it doesn’t always matter what you call it–when you are stuck, you are stuck.

This hour-long presentation (aimed at advanced beginner and intermediate researchers) focuses on research approaches to get you past “brick walls”. We will look at reasons why we have “brick walls” and how we may be making our own “brick walls.” Focus will be on problem-solving, getting past assumptions, realizing what we know versus what we think we know, and completely analyzing and understanding what we already have. 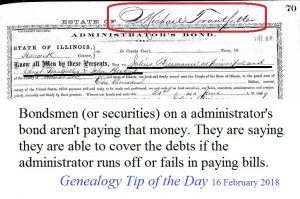 There’s still time to join us for a week of research at the Family History Library in Salt Lake City, Utah, this upcoming May/June. Our registration rate is one of the lowest around, our trip is informal and focused on research (not on social or “group” activities), and you can stay next door at the Plaza for $91 a night plus tax. More details are on our site. Registration deadline is approaching. 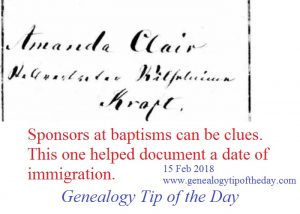 Names of sponsors can tell you more than just who might have been related to the baby. This 1874 sponsorship provided evidence of Wilhelmina Kraft’s immigration to the United States and that she was still alive in 1874. 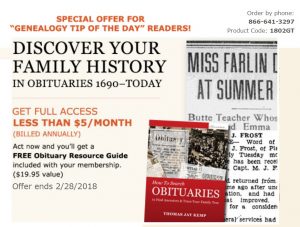 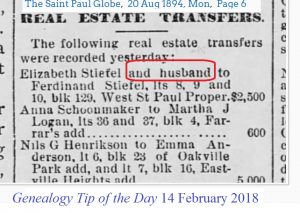 The 1894 deed is phrased “Elizabeth Stiefel and husband to Ferdinand Stiefel.” The phrasing for the time period is slightly unusual–typically the husband is listed first and the wife is second (and may not even be named in a reference such as this).

This transfer suggests some additional research. The two most likely scenarios are that the husband was having some financial difficulties or the property was under the control of the wife (perhaps through acquisition before marriage or through an inheritance).

Estate settlements of relatives who died without children often provide the names of their heirs and can be used to confirm family relationships that may not be evidenced in other records. Pay close attention to the individual appointed to administrate the estate–if there is no will. That individual may also be a relative. Sometimes the last name is a dead give away that there is a connection, but that’s not always the case.