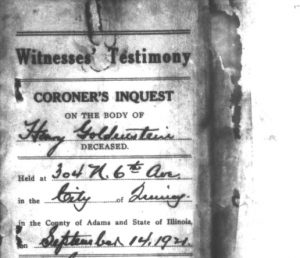 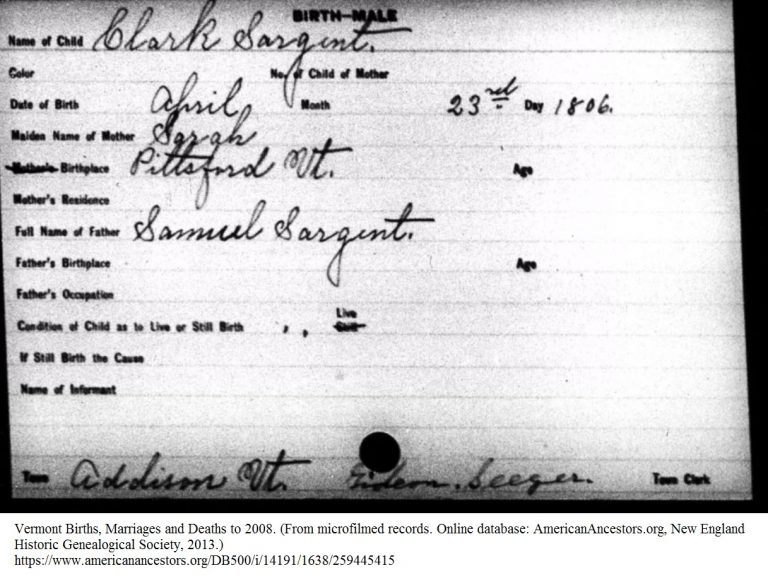 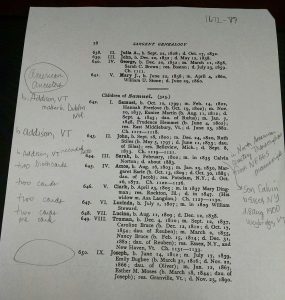 There are times where I still like to use pencil and paper.  For me, it’s just faster and one of those old habits that I just can’t get out of.

However, I need to keep those notes in a way that I won’t use them. Typically my notes are made while searching and making digital images of records. I was using a page from an 1895 genealogy of the Sargent family to start my search for vital records of the family.

To keep myself organized, I took a picture of my notes sheet and filed it with the digital images I made of the vital records that I located. Then when I go to review those images my notes are right there. If I need to take more notes, I can either takes notes on that image or print it, take more notes, and take another picture.

There are programs that one can use to take digital notes…but sometimes I just like to use paper and pencil. 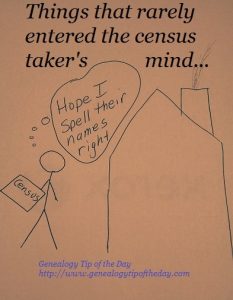 When was the last time you reviewed your genealogical information? It may be that:

I recently reviewed my ancestor table on my other site. In correcting an error I discovered new leads to follow.

Some locations have precise geographic borders. Those borders may change over time, but often are reasonably well-established. Some places, particularly those whose names are informal and known to locals, may have more fluid boundaries or just be a general area. Ethnic regions of some urban areas can change over time and have boundaries that are in a constant state of flux or have no precise definition. In some rural areas, certain areas may have a name that known to locals but does not appear on any map, post office list, or other geographic finding aid.

Frequently these items are mentioned in newspapers, family letters and correspondence, and other unofficial records. Some thoughts on locating such places can be found in our recent post on Prairie Precinct in Winnebago County, Illinois.

In families where the same name was used repeatedly, it can be easy to:

Correctly sifting out people with the same name can be difficult. Look at records that mention:

And look at every record you can get your hands on in the area where all these people with the same name lived.

If your ancestor owned real property, you should search for at least the following records:

In the United States these are county-level records. Knowing your ancestor owned property is not enough–those records may provide more information.

It may sound morbid, but if you happen to be around when a loved one is at the end of their life, write down some of the more poignant moments.

Not the medical details, but the other little stories. A few days before my mother died, I had finally fallen asleep at around four in the morning only to have a nurse come in and perform a bed check. I yelled and shot out of my chair. There my mother and the nurse were, laughing as if it were the funniest thing they had ever seen. Who knows, maybe it was. I was aware enough of my surroundings not to be irritated that I was being laughed at.

And I remember my mother’s cousin and his wife coming to visit Mom a few days before she died and the two of them laughing over some childhood memory. Had I really been on my game, I would have written that memory down, but it’s now forgotten. But at least I have my recollection of the visit.

It’s always important to write down our own memories of life events. Things do get forgotten.

The initial point of arrival could have been impacted by the final destination within the United States. Most of my 19th century immigrants knew where they were headed: the rural upper Midwest. That impacted where they arrived.

You may have to get New York City out of your head to find your immigrant’s manifest entry.