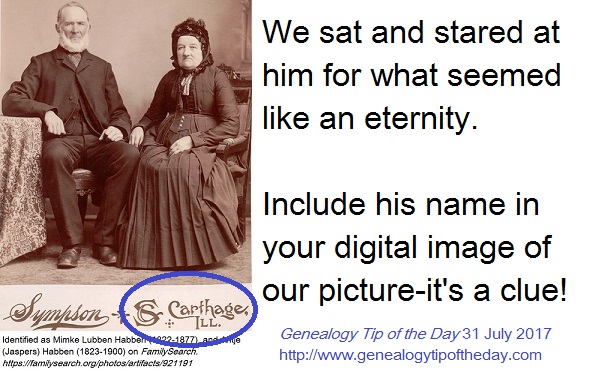 Check out our webinars: 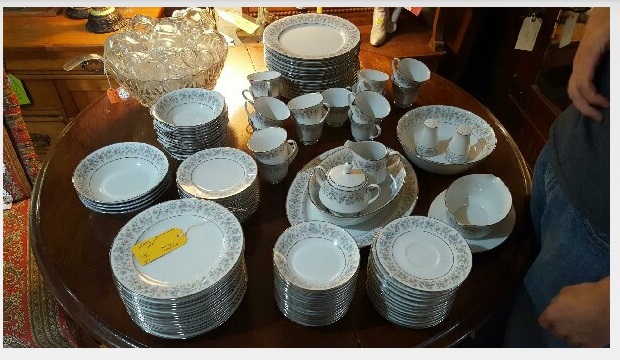 Most of us wish our ancestors had left behind more stories, but few of us have letters, diaries, or other personal records of daily events in our ancestors’ lives. Don’t forget to record your own stories as well as working to document the lives of those who came before you. Those who come after you will be glad you did. The stories do not need to be profound or life-changing. Sometimes mundane events can be just as interesting–like this one I wrote on a china set my daughter obtained for a wedding present. 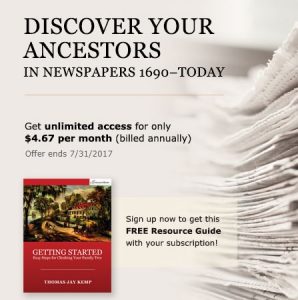 Genealogy Tip of the Day is proudly sponsored by GenealogyBank. Check our their July offer for “Tip of the Day” fans–an annual rate that equates to $4.67 a month–it ends 31 July.

A newspaper reference to a relative’s 1911 marriage in a local newspaper stated that she was the daughter of “Mrs. Susan Smith.” No father was listed. One might assume that Susan’s husband was dead or divorced because she was listed with her first name and without her husband being mentioned at all. Not in this case: Susan and her husband were separated (they ever divorced) and he was very much alive.

Whether a woman was “named” with her own first name or was listed as Mrs. HusbandFirstName HusbandLastName varies over time and sometimes there are regional differences as well.

The best bet is to copy the item as it is written and only infer what it says–that the mother had a certain name and was alive at the time of the marriage. Read other contemporary social page entries from the same newspaper to see how women are mentioned when no husband is listed with them.

Obituaries often mention survivors of the deceased person. In some cases a distinction may be made between full, half, and step-siblings. In others, no such distinction may be made. If the obituary is the only source for sibling information and you have reason to believe one or both of the deceased person’s parents were married more than once, it is possible that “siblings” in listed in the obituary may not have had the exact same set of parents.

While DNA passes from parent to child, each child only gets half of each of their individual parent’s DNA. Consequently, as a lineage is worked back in time, there will be ancestors in your genealogical tree with whom you might not share any DNA. It doesn’t mean that the ancestor is not your ancestor. It simply means that their DNA did not makes it’s way all the way down to you. While DNA is microscopically small, there’s only so much your body needs.

Some suggest (for example, Blaine Bettinger in his  The Family Tree Guide to DNA Testing and Genetic Genealogy

Of course there have to be ancestors in your tree with whom you do share DNA.

Names can easily be spelled more than one way–even on the same document. When viewing other names on that census page for possible relatives, consider that names that are “kinda close” may be relatives with the same last name. The last name of Behrens in this 1860 census enumeration from Adams County, Illinois, was spelled four ways on the same census page. None of them were Behrens. The variants were due to handwriting irregularities and how the census taker likely heard the last name. 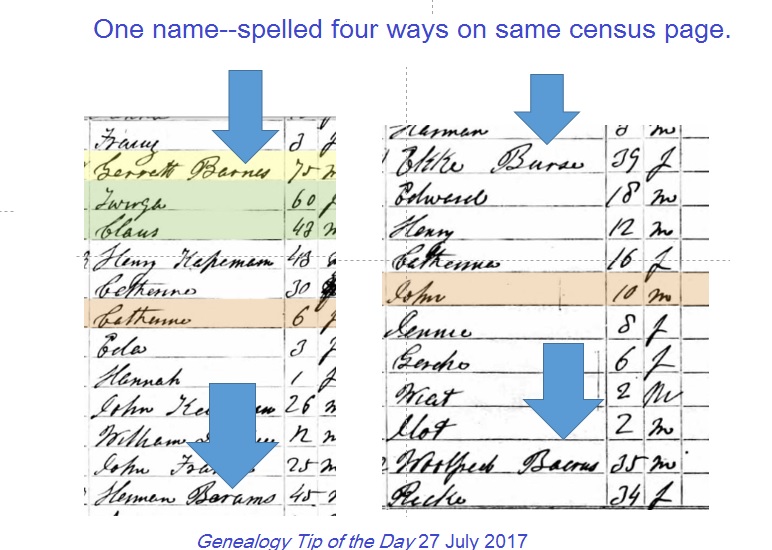 I write the following blogs:

All blogs have subscribe/unsubscribe links on every page where email subscriptions to these blogs can be managed.

Some newspapers are notoriously bad about spreading obituaries and other items out. Make certain if you are cropping an item from a digital image of a newspaper that you get the entire item. Reading it before you crop it will go a long way to ensuring that happens. Time saved will be lost when you go to read the item and realize that you got a little “crop happy.” 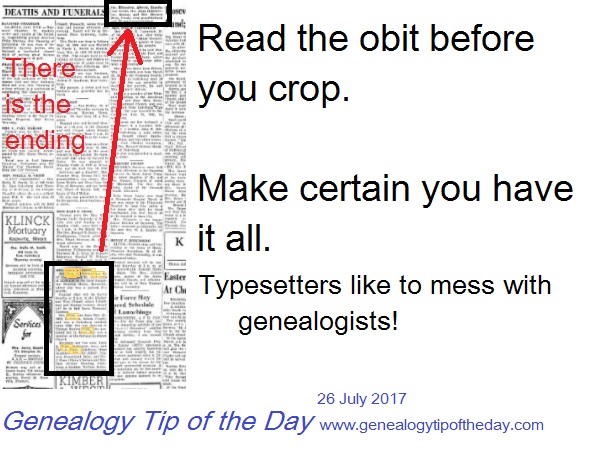 There were several migration trails across the United States beginning with the earliest days of settlement. Those trails are important and researchers need to be aware of them. However some people don’t exactly follow the trails. And some people are part of group of migrants connected by ethnicity, religion, or other shared social bonds who move together over decades. These longer, smaller, and more personal migrations are often referred to as migration chains.

There are a variety of records that can provide clues as to such migration chains, including:

Such records have given me evidence of migration chains, including: