Name spellings that interchange vowels with consonants (or the other way around), usually create spellings that have a different soundex code. A Soundex search for Chaney will not catch the Chaney spelling. 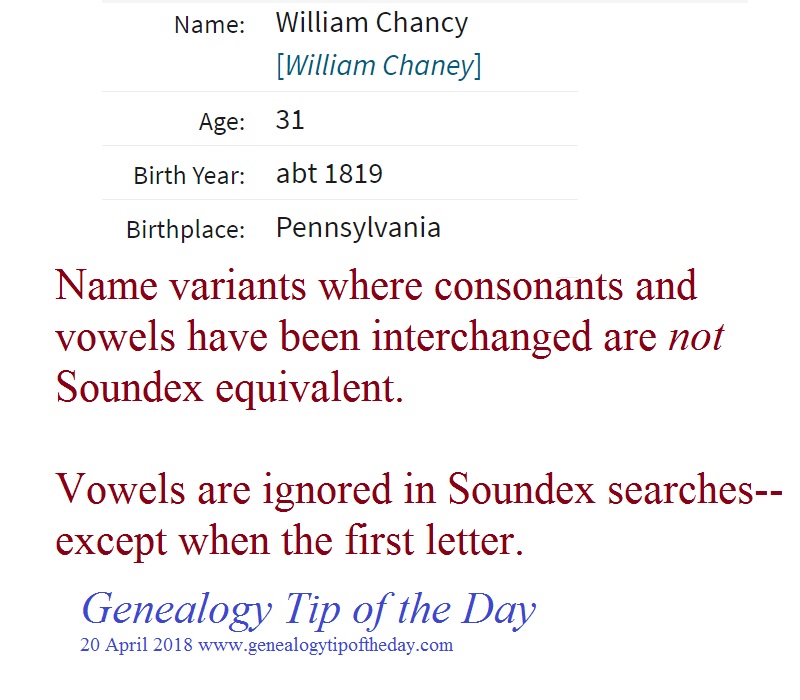