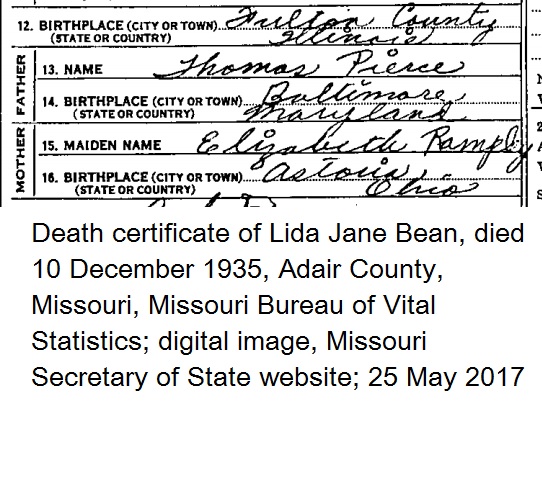 Sometimes people just get mixed up.

An earlier tip mentioned that Astoria, Ohio, might not refer to a village–it could be a township, “spot in the road” or other place in Ohio. It could be an incorrect spelling.

It could also be that the informant, who never lived in Illinois or Ohio, was mixed up. The deceased was born in Fulton County, Illinois–which has town named Astoria in it. The informant was a child of the deceased and may have been mixing up where their mother and grandmother was born.