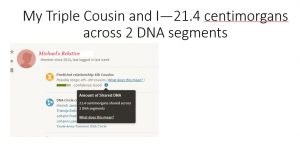 My triple cousin doesn’t match with me as much as I thought she would….see why.

We have released the recording of my latest webinar: “Working with Your AncestryDNA Matches.”

We focused on the matches–analyzing, understanding, and organizing. I even made some headway on a few of mine while creating the PowerPoint slides for the presentation.

Our presentation is laid back. There’s not a lot of chit-chat and we focus on being practical and being as technical as necessary without making attendees feel like this was a biology lecture or a math class.

More details are on our announcement page. If you registered for the live session, please email me at the address in your registration receipt for fastest response. Thanks!

We’re looking forward to continuing more presentations in this series.

It is not unusual in pre-1900 newspaper articles to see the phrase “please copy” at the end of the article along with a name of a newspaper or city. That was a notation that the story would hold some interest for the readers of that paper as well.

That phrase “please copy Warsaw Signal” could be a clue the person mentioned in the article would be known to readers of that paper.

And that could be a clue. 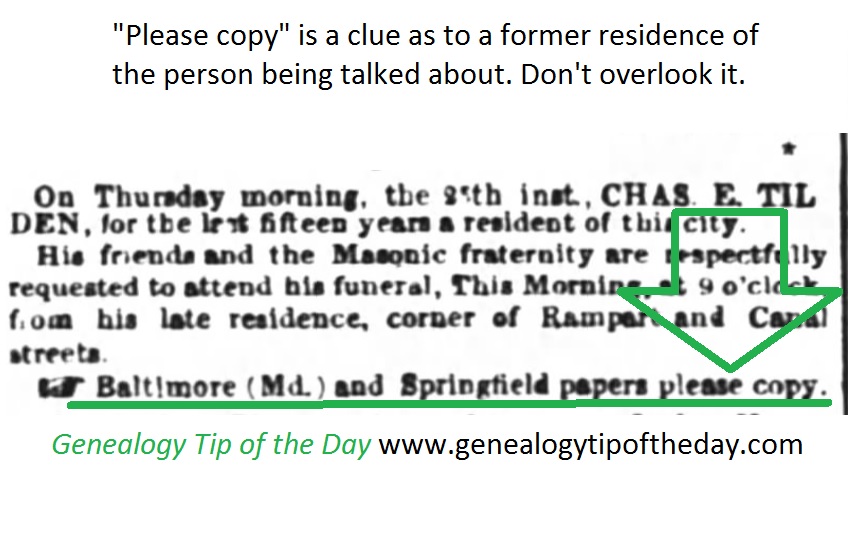 Genealogists use maps of political and geographical features for many reasons, including to see where records might have been maintained and where an ancestor might have easily traveled to find a spouse or a job.

But maps of human relationships, biological, legal, and social may help as well. A family tree extending for ten generations may be nice to display, but is is helpful to your research when you are stuck on a specific person? A smaller chart, showing the relatives they may have interacted with may be more helpful. Don’t neglect to include “step” relatives and “in-laws” as those are people your ancestor may have interacted with as well. Another chart showing people the “problem” ancestor interacted with may be helpful also–just be certain the nature of their interaction (witness, neighbor, etc.) so that you don’t get more confused. 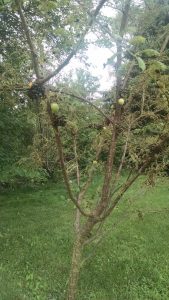 A tree can have issues even if one leaf looks good.

I will be honest. When I’m stuck on a person or family and am seeming to make no headway, I will look and see if their name appears in any of the online trees on the various sites. Submitted trees are only as accurate as the compiler, the information they used, and their research methodology. Some compilers are careful about their research and others are not.

However, when using these trees, I:

Compiled trees can be inaccurate, just like published books. I continue to use books carefully and treat the trees the same way.
Genealogy Tip of the Day is proudly sponsored by GenealogyBank. Try their “GenealogyBank Search” and see what discoveries you make.

When summarizing or restating information, think about the implications of how something is stated. In answer to a comment about divorce I almost wrote:

I have an ancestor and an aunt who were both married and divorced twice from the same man.

After I read it I realized that someone might think I was suggesting that the man was married and divorced twice from my ancestor and my aunt. That was not what I meant, but my off the cuff response could have been taken that way.

My ancestor and my aunt both had one husband to whom they were married and divorced from twice.

I’m not certain it was the best way to rephrase it, but it made it a little more clear that two different men were involved.

Always read over what you type before you send, post, or publish it. You may accidentally be saying something you do not intend to.

Spouses die, spouses leave, and people get divorced. The details of your ancestor’s marital status can aggravate your research, particularly in those times and places where a woman takes her husband’s name.

I’ve been searching for a passenger list for a female ancestor whose first husband died in Germany in the 1840s. By 1870 she is in the United States with a different last name. But there is always the possibility that there was a husband after the one who died in the 1840s and before the one she was married to in 1870.

And that would be her last name on the manifest. 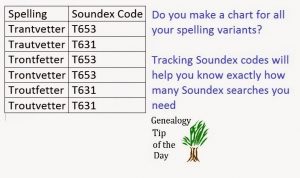 We’ve moved the date of this presentation to 15 September. Registrations are no longer being accepted, but a recorded version of the presentation (audio/video and handout) can be pre-ordered on our announcement page at a discounted price.

If you registered for live attendance and did not receive the link to attend, please email me. Thanks!

Is there a relative who never had any children of their own, had no siblings and died owning enough property to require a probate or an estate settlement?

If so, the records of that settlement may be particularly interesting. The deceased person’s heirs-at-law typically would have been their first cousins or their first cousin’s descendants. Even if there was a will, these heirs-at-law typically would have had to have been notified of the probate. Those records could help determine relationships and indicate where people were living at the time the relative died.

These estate or probate records would typically be filed at the local court level. 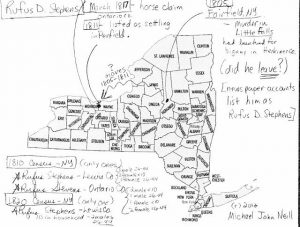 Sometimes it is simply faster to mark up a map with what you know–especially when people of the same name are moving around and appearing in a variety of records.

Failing to acknowledge geography can cause problems.

And sometimes it is simply faster to notate in pencil as you are thinking. There will always be time later to make a neat copy if necessary.

Sometimes making a neat copy slows me down and I lose my train of thought.

I always have blank copies of maps on paper so I can start taking notes “geographically” when necessary.