Many divorced women in the 19th and early 20th century found it easier to say they were widowed instead of saying they were divorced. This individual’s 1900 census enumeration indicated she was a widow when in fact she was divorced and her ex-husband was very much alive. Sometimes divorcees would refer to themselves as “grass widows,” but that term was not approved by the census department. 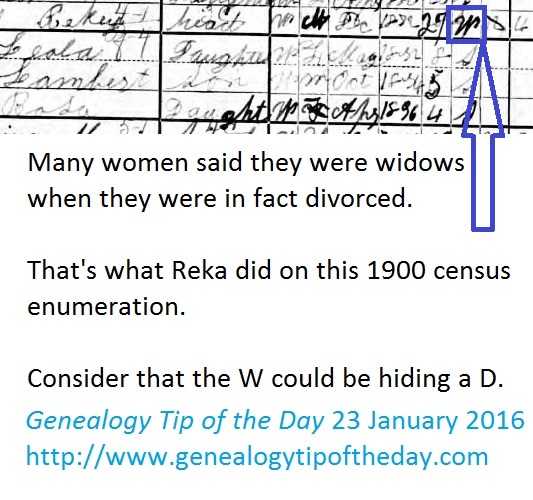