Be careful drawing conclusions from an ancestor “making their mark.” It means that they made their mark. Sometimes the person signing a document:

Be wary of drawing conclusions on your ancestor literacy based upon the presence or absence of one signature. 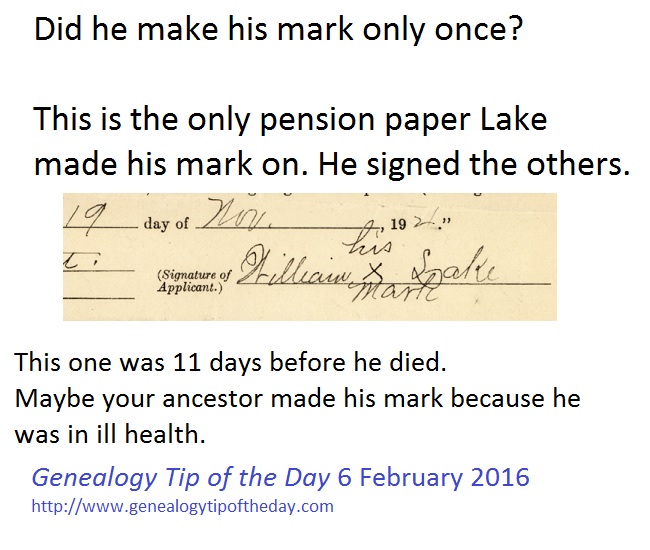