For years I did not realize a relative who died in her early twenties had married. The only reference I had to her was in her grandfather’s estate settlement where she’s mentioned as having predeceased him.

She did marry and was married at her grandfather’s death. She had married a man whose last name was the same as her maiden name–so her last name never changed and the “name change” clue one would expect to have was not there. 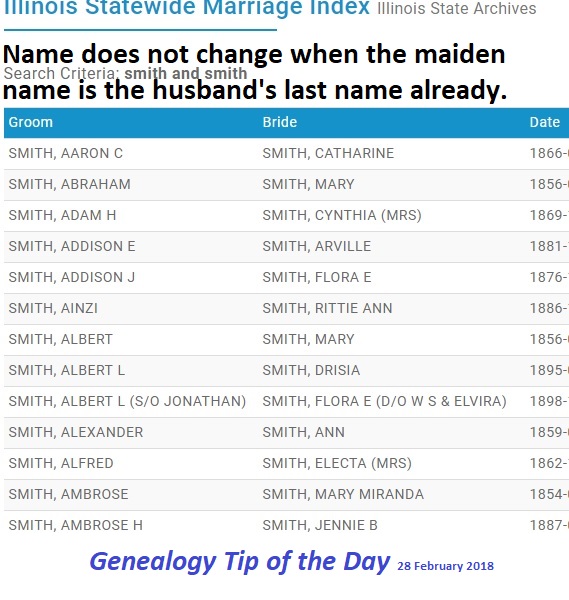