Fractions are a genealogist’s friend because they are often clues to an inheritance.

The children of Paul Freund in Davenport, Iowa, owned two-thirds of his farm, his cows, his wagon, and his calves upon his death. That’s the items listed in the inventory that is a part of their guardianship. Paul died with no will (intestate) and state law dictated that the widow received a third of the property with the rest going to his children.

That’s why a general understanding of probate procedures is helpful.

And why fractions are your genealogical friend: they contain clues. 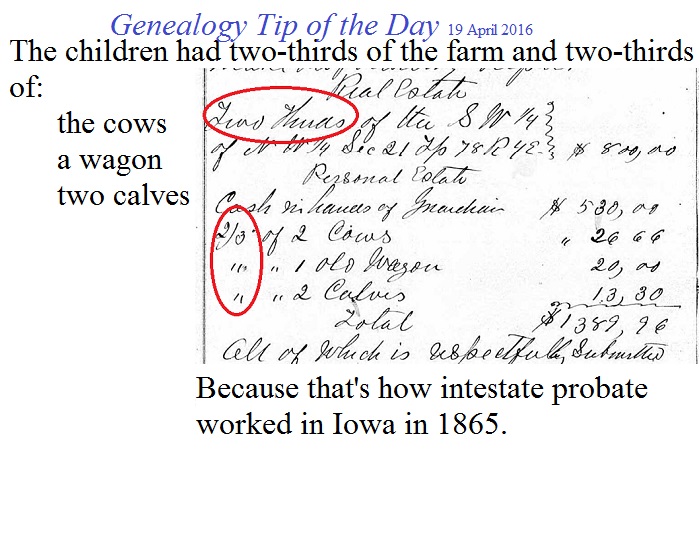