It can be a challenge to read records in a foreign language. It is more of a challenge when the records are written in blank books with no lines and little guidance about what is in the record. Instead of starting your foreign-language research with those records, begin with a part of your family in records that are much later. In many European countries in the mid-to-late 19th century many records are written in pre-printed ledgers with printed column headings indicating the content of each column. The script in these records is more modern which also helps in the transcription and translation.

Once you are familiar with these records, start working your way back in time to when the records are less organized, the handwriting is even worse (probably), and the language a little different (perhaps).

Using land records in the United States is best done the same way. Become familiar with ones in the 1800s and 1900s before working on patents and other land documents from the 1600s and 1700s. 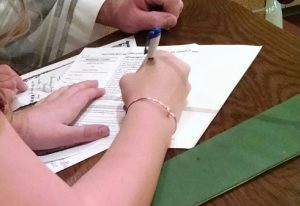 Witnesses may be related to the person signing the document. They may be warm bodies also in the same office on the day the document is signed.

Of course, if the same person witnesses several of your ancestor’s documents over time…that’s a clue that there was a potential relationship between the witness and your ancestor. But that witness whose name only appears once may simply be another person who was in the same place having legal work done on the same day.

Some towns and counties kept records of chattel mortgages. These mortgages generally are for property other than real estate and can include: livestock, tools of a trade, merchandise in a store, household goods, and similar items. These records may or may not be available on microfilm or in digital format. Like other records, they can provide additional background on your relative’s life, social standing, and family relationships (sometimes). One advantage to these records is that your relative did not have to own real estate in order to appear in them.

Some ways to determine if these records exist in the location of interest include: 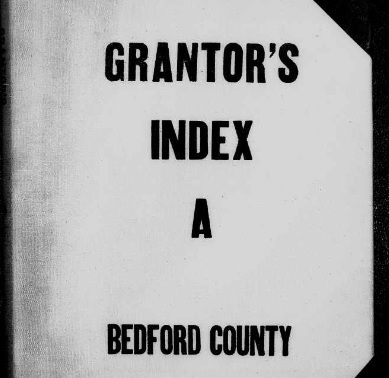 If there is a land record for the person’s property created after their death, it will not list them as the grantor–the heirs will be listed. For this reason, search the grantor index for these records using all the names of the deceased’s heirs. Deeds are usually only indexed in the grantor index once and any of the heirs could be the name under which the land record is indexed.

Property tax records may also help in determining what happened to a deceased person’s real property. Of course, the probate is the first place to look, but don’t only look there.

An excellent way to learn about records, research, and methodology is to “rework” a family that you think you already know. Probably the best way to really understand court, probate, land, and other records is to completely research them on a family that’s “already been done.” Completely reading those records in families where you already know the family structure will allow you to focus on details (legal terms, especially) other than the family.

It’s a great way to broaden your understanding of records for those times when you don’t have all the names and relationships at your disposal.

And sometimes when you “redo” a “done family,” you realize that it wasn’t as done as you thought it was. 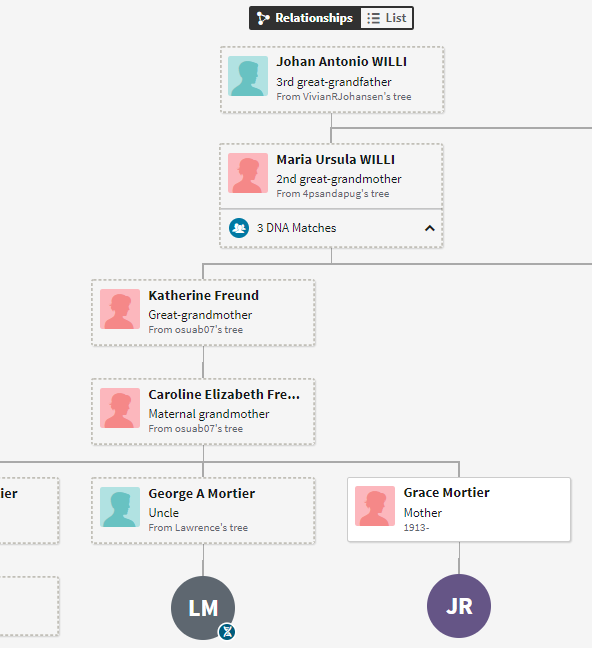 My latest webinar on using ThruLines at AncestryDNA has been released and is available for ordering and download.

Orders can be processed here–handout  and actual media of lecture included.

The amount of DNA you have is not infinite. You cannot share significant genealogical amounts of DNA with every far-flung distant cousin you have. Humans have a lot of DNA, but the amount stays the same with every generation. You don’t get every “drop of DNA” every one of your ancestors had. There is a 69.8% chance that you and a 5th cousin have no detectable DNA relationship. That does not mean you and that 5th cousin do not have the same ancestor.

You just don’t have a big enough DNA chunk to prove it.

Sometimes the settlement of an estate can drag on for years. And sometimes researchers assume the amount of time it takes to settle the estate is because the estate is a vast one that heirs spend decades fighting over in court. Not always.

Smaller estates, perhaps even a farm that was just big enough to support a family, may have stayed in probate for an extended time for another reason: waiting for all the heirs to become of age. If that estate takes fifteen years to “settle up,” look closely at all the heirs. There may have been one who reached the age of majority around the time the estate was closed out.

Sometimes it is faster to manually search a record set than it is to think of every possible way to query the database in order to search an index. It’s especially true when the name is spelled woefully incorrectly and written in a script that resembles scribbling more than it does writing. If the records being searched are a census record, do you have any idea where the person would be enumerated? Is that region or district fairly small? If so, manually searching may not take that long. Other records may be organized in such a way that a manual search is possible–just not as fast as “typing the name in.”

Manual searches may take longer but sometimes are necessary. They can sometimes result in locating additional individuals or entries that were not originally a part of the search.

Records, what they contain and how they are created and recorded can change over time. Their organizational structure can change as well. Learn what is different about the records. In one time period there may simply be one ledger or record book for the probate records. At other times there may be a separate set of records for probates and for guardianships and those records may consist of separate ledgers and original packets of records. It could be that later the probates and guardianships are kept in the same set of materials.